So maybe I’m not a horrible designer after all

I’m just not a very good one.  When you’ve worked with designers as good as Michael Pinto at VeryMemorable I would at  best describe myself as graphically challenged.

A little relevant background: I began my techie life as an 8088/86 assembly language programmer, a skill that’s all but disappeared with today’s incredibly faster processors and terabytes of addressable memory. I didn’t have a graphics monitor, just an IBM monochrome display that only displayed ASCII so I couldn’t have been artistic even if I wanted to. I was always more interested in data anyway.

From there I went to Forth and C.  After working in assembly language C felt like a high-level language to me. Then it was on to perl in the early 90s, then PHP and SQL. But the notion of using a third-party application to create my programs was abhorrent to me.

Around 2004 however I needed a way to host and annotate my growing library of photos of my house restoration. Drupal sounded like a more logical course than rolling my own CMS or using a restrictive online gallery like Flickr. I then got into Drupal module development, eventually building a wrapper around Drupal core to let me host RSS feeds of other houseblog sites. The biggest problem I had with Drupal, other than not having a single client who understood how to maintain it, was that whenever Drupal released a new version it was like a week of work updating the site and waiting for module developers (like me) to update their code as well. After Drupal 7 I decided to throw in the towel and find something else.

The one CMS platform I refused to use for years was WordPress, if only because WordPress had such a terrible reputation for security issues. I learned later that that reputation was earned mostly because of all the inexperienced people running a CMS they understood just well enough to get it running. In fact, it can be challenging to harden a WordPress site. I still find probes in my security here, although none large enough for a hacker to own the site. Anyway, I was introduced to WordPress not by choice. I inherited the task of maintaining all of the web sites for a client, which included their public-facing corporate site running on WordPress.

It was a baptism by fire because the site had lots of problems. The guys who set it up weren’t technical but graphics artists. The first thing I did was an audit of the site. There were a dozen or more enabled apps that weren’t being used, several of them with published vulnerability warnings. There were two and three megabytes images being used for thumbnails. And three different installed page builders (WP editors know what the hazard is there). And there was a wide open xmlrpc.php and many files and directories owned by the web server user.  But the biggest problem was that they were editing on the live site. Eek!

The first thing I did was build a dev -> staging -> production deployment strategy… just some shell scripts and perl to migrate the database and any changed external assets. Because I didn’t want to give the editors access to the Linux shell I built a deployment trigger using an image upload with a fixed name, i.e. push2staging.jpg, etc. that would trigger the appropriate migration script. Once you uploaded that image to Media Library the deployment would occur at the next cron invocation. I added iThemes and Wordfence for security, Yoast for SEO, disabled comments and anonymous account creation and deleted a bunch of cruft. I built some shell scripts to scan for problems.

But as the company continued to downsize its in-house dev team, the one thing I told them I wouldn’t do was site design. It’s just not one of my core competencies. I always use a pro designer because my design efforts always looked something only a 1990s mainframer could appreciate.

Fast forward a year: my sister was complaining that she was getting no action for her flower store from her Weebly web site. I may not be a designer but I can tell a bad web site when I see one.  Somewhere between my third and fourth glasses of wine I offered to build her a new web site for her birthday.  It was months of work, mostly on the design and graphical components because all the artwork was on me. I love my sister but my designer is very expensive, even at friend rates.

So here it is. Annabel Green Flowers: https://annabelgreen.com/ 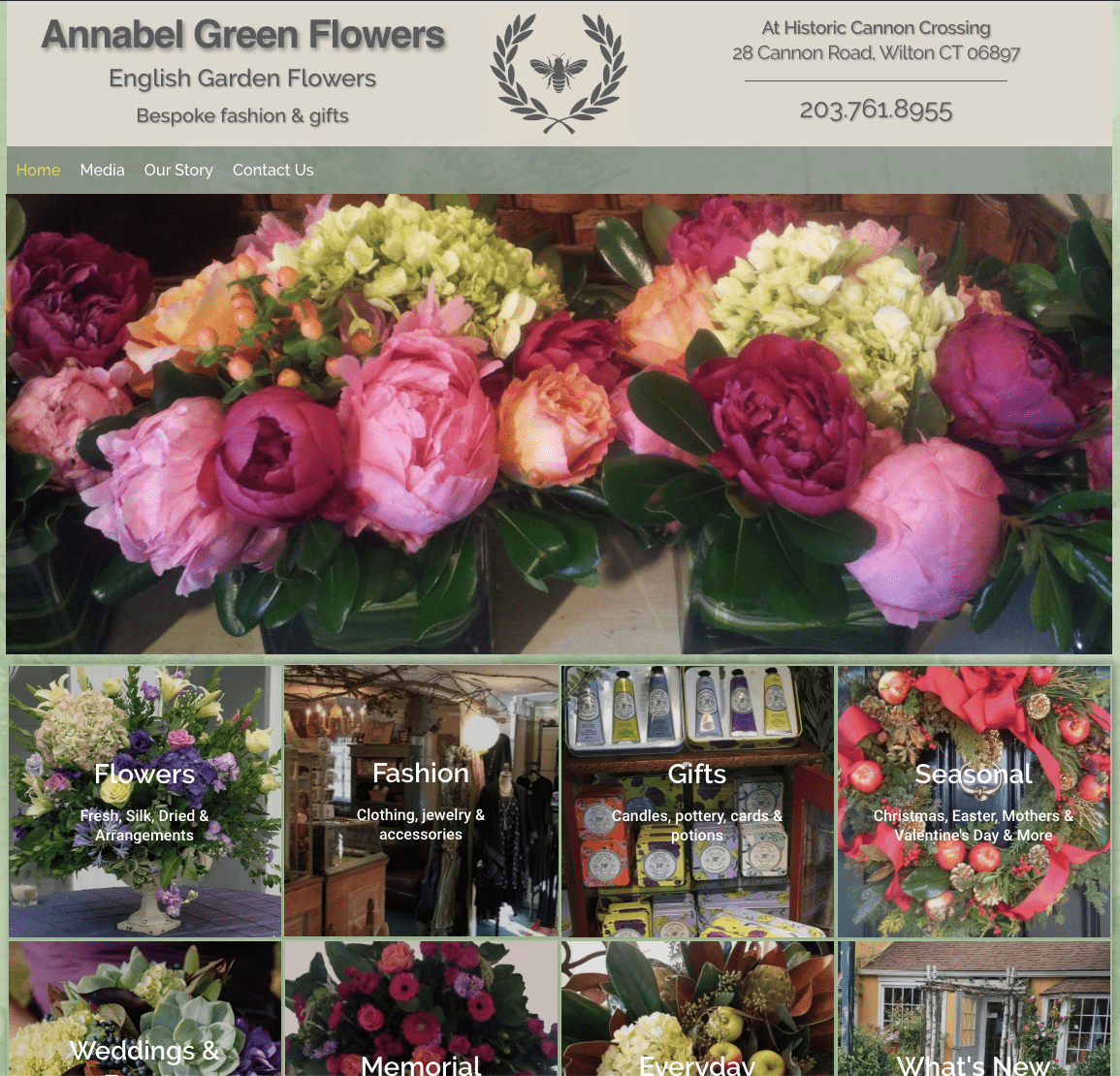 She was thrilled with the site.  As Covid began closing down everything in the country, including stores in her area in Fairfield, CT, the web site became her primary contact with clients.  In fact, it expanded her reach.  She began getting local delivery orders from around the country and even the world. It was getting her noticed locally and on Google.

With my graphical confidence stoked, I decided to take a second bite of the apple by designing a pro bono web site for my friend’s restaurant in Carroll Gardens, Brooklyn, Petite Crevette.

I’m not a great designer by any means. Michael will always be my first call for a customer’s site.  But WordPress gave me an opportunity to expand my range as a developer. It made me a fan.